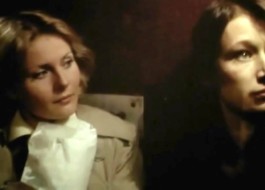 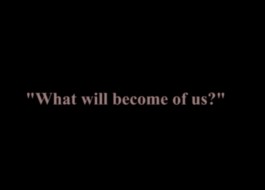 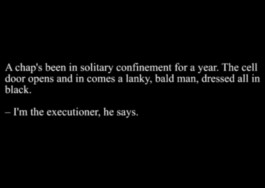 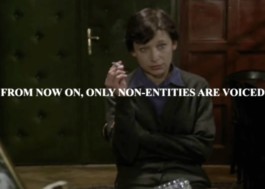 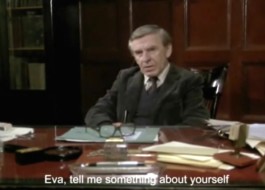 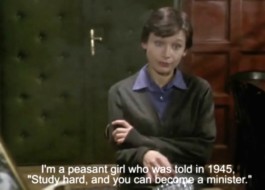 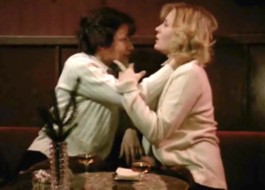 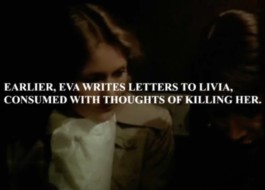 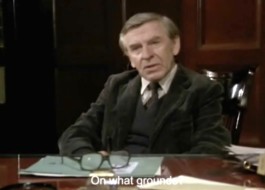 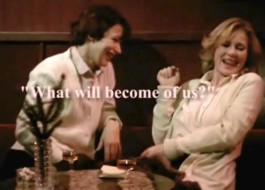 From now on, only non-entities are voiced. Those who don't recognize themselves as such will be silent. It's 1958, Hungary. Éva Szalánczky, a non-entity, meets Livia, who lives in a liminal space between life and death, between Éva and her husband, who eventually succeeds in shooting her to death. When Éva is already dead, Livia is in hospital. “It is strange,” she says. “Éva once wrote she wanted to kill me: now she's dead and I'm still alive.” Earlier on, Éva writes several letters to Livia, consumed with thoughts of killing her. Even earlier, Éva is released from prison, goes to a job interview, and meets Livia on her way in an elevator. Eva writes in one of her letters: “What will become of us?” It's 1958, Éva and Livia kiss in a restaurant. They cannot stop kissing in a park on a bench at a winter night. They are stopped by two police officers. "We are not in America," one of them says. While Livia is free to go, Éva is detained. Éva is bitter. “This country is my homeland, whether they like it or not.” It's 1955, maybe 1956. Éva is imprisoned after publishing a story titled “The Joke”. Eva becomes a non-entity.

The Joke is a short film reminiscing about the illicit relationship between the two protagonists of Egymásra nézve (English title: “Another Way”, dir. Károly Makk and János Xantus, 1982), as well as the non-diegetic narratives about the film. Egymásra nézve tells a story of a tumultuous relationship of Éva and Livia. Played by two Polish actresses, both protagonists were dubbed by Hungarian voices, which consolidated the effect of estrangement of the two characters not belonging to the diegetic post-1955 Revolution Hungary. Briefly screened in Polish cinemas as, arguably, the only film featuring a “lesbian romantic relationship” until quite recently, Egymásra nézve generated interest of the Polish press, who expressed enthusiastic, yet homophobic, praise for the “brave” performances of Jadwiga Jankowska-Cieślak and Grażyna Szapołowska, cast in the roles of Éva and Livia. 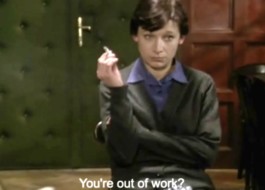 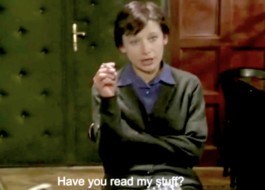