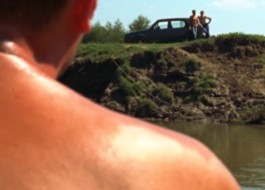 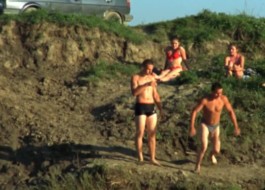 The River is a Cemetery 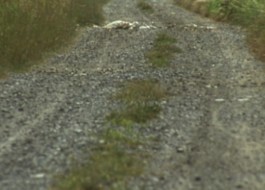 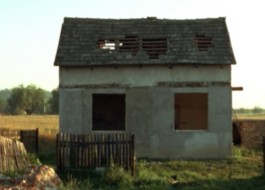 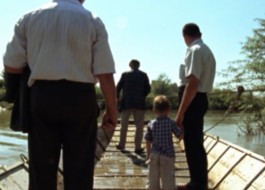 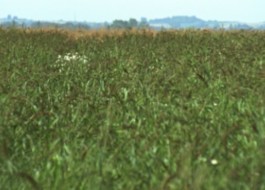 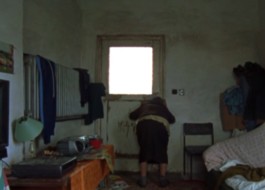 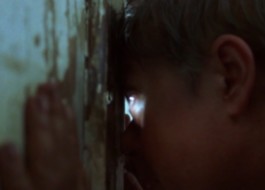 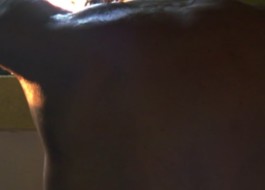 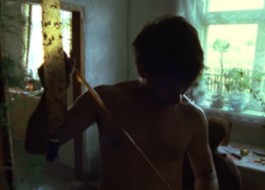 The camera, positioned at one bank of a brownish river, shows a car and a group of young adults hanging out on the other side. Each door in the car is open, letting out an aggressive stream of thudding techno music. Next to the car are two young men, with shaved haircuts, blue loose jeans, and bare tanned chests. They smoke, just like their two female friends, sitting nearby on a blanket. One of the men in their mid-30s, standing on the side of the river from which the camera is filming, walks a few metres into the river and freezes in a threatening posture. The two young men on the other side gaze at him and directly into the camera: unsettling in their fixedness, producing sexual tension of cruising spaces. This is one of the few scenes hinting at the sexual quality of the diegetic countryside in Sasnal and Sasnal's film. In another of such scenes, an elderly woman peeks through a keyhole, watching her adult son taking a shower. The same woman in yet another scene pees, facing her son who sleeps on a sofa. These scenes upset the heteronormative habitus of somatic power relations in the countryside, hinting at a possibility of non-normative, non-representational desire. The omnipresent symbolic and physical violence accentuates the entropy of the surrounding and the people living there, as well as the silence performing the memory of the deaths of Jewish Poles during WW2.

The river is a cemetery.

The River Is a Cemetery is a remix of Z daleka widok jest piękny (It Looks Pretty from a Distance, dir.  Anka Sasnal and Wilhelm Sasnal, 2011), screened during  the ASCA workshop (University of Amsterdam, March 2016) along with the text on the chronopolitical disposition of language and the queerable male habitus of the Polish countryside. The short film investigates the setting presented in Z daleka widok jest piękny, where the ones who are identified as strangers are not to be talked about but, instead, are silenced and removed. The multiple deaths of Jewish Poles before, during, and after WW2 are casually mentioned during lunch at a family table, between one and another mouthful of potatoes and pork chops. What language can one use to talk about the not-yet-erased shameful history? Writing about discursive strategies, Glissant (1997) claims that using language requires being aware of its chronopolitical  situatedness, of its predecessors and possible successors (p. 116). Such awareness in Z daleka widok jest piękny manifests itself through the discursive opacity and restraint, with which one can identify the difference and relate it to one's individual norms without forming hierarchical relations between the filmmakers and research area. 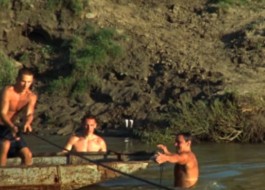 The collage film material to the lecture at ASCA's conference, Amsterdam, March 2016.