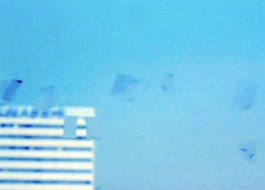 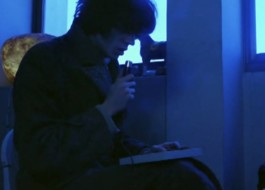 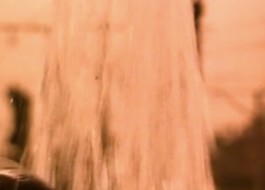 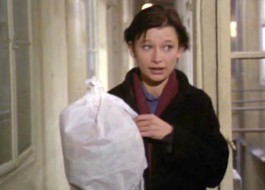 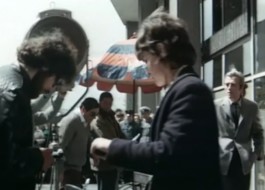 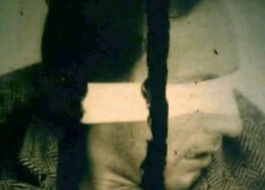 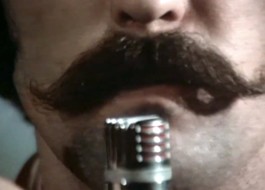 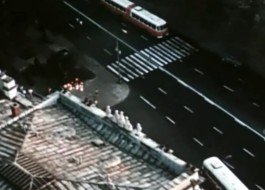 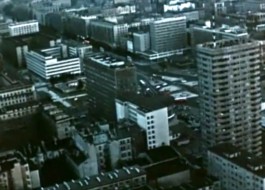 It's year 1971, Warsaw. Walking around the city, Andrzej encounters ghosts of his parents, of his childhood friends, and of the victims of the state’s 1967-68 anti-Jewish propaganda, which led to the forced emigration of several thousand Polish Jews. One of them is his close friend, Maks, who, after an alleged suicide, is identified by a police investigator as “homosexual.” It's year 1967, Warsaw. A group of former medicine students celebrate their graduation anniversary. They share a history of being accused of a serious offence against the state for messing up the installation of a gigantic portrait of Stalin. It's year 1957, Budapest. Éva Szalánczky, a black-listed political journalist, is on her way to a job interview at a state-controlled weekly journal. There, she meets Livia, with whom she starts a relationship, recognized by the state as “lesbian” and therefore illicit. Both Éva and Livia are played by Polish actresses.

A mash-up of experimental re-searching, Uprooting Ghosts: A Queer “Fantasia on National Themes” aims to capture the oppressive mood of 1952-1989 political and social realities in Poland and Hungary through contaminating/queering found-footage material with fragments of queer desire, auto-ethnography, and mix-tape editing aesthetic. The work combines samples of three Polish and Hungarian films: Hands Up! (dir. Jerzy Skolimowski, 1982), How Far Away, How Near (dir. Tadeusz Konwicki, 1971), and Another Way (dir. Karoly Makk & Janos Xantus, 1982), along with more than a dozen other films, texts, songs, and sounds. 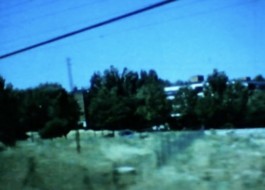 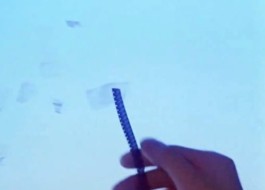